As recently as last month, many were wondering whether the car sales would ever come down given their rapidly increasing prices. After all, it was only last month when we reported 24% month-on-month and 106% year-on-year increase in car sales.

However, in the same blog we had mentioned that these “magical numbers” are a reflection of car bookings prior to price hike. And that these numbers won’t hold for long. And the worst, as predicted, has happened.

If we were reporting on the Stock Exchange Market, we would have used the word “bloodbath”. On average, a 59% sales drop is no less than a bloodbath for the auto industry. And it is expected to get worse in the coming months, if remedial steps aren’t taken soon.

Given the present scenario, it’s really hard to select winners from this list. However, the following have done fairly well in terms of sales:

These makes and models have taken the biggest hit:

While we have not covered Hyundai sedans – Elantra and Sonata – in this blog, their July sales are zero.

The main reason for these dismal sales numbers is the ever-increasing prices of cars. All auto manufacturers have increased their prices multiple times this year. However, with a declining US Dollar against the Pak Rupee, many are expecting these companies to decrease their prices. Without it, there won’t be many car sales in the coming months.

At the same time, it would be unfair not to point out other actors and factors that have led to the present predicament. The State Bank of Pakistan, through its restrictive import policies have increased the cost of auto manufacturing.

While, this invasive policy has jacked up prices of cars due to limited supply and a constant or increasing demand, this policy in the long run will drive down the demand as well. So, we can expect the car sales to remain low in the near future.

To read more about auto industry’s future: With Auto Sales Dropping, Pak Automobile Industry in the Midst of Crisis

To check out the biggest variety of used cars in Pakistan, do visit OLX Pakistan’s page.

We are interested in your views and comments. So, please leave them in the comments section. 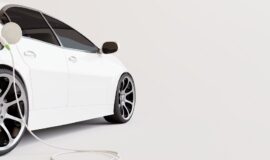 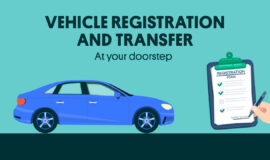