An opinion piece in the Washington Post called it worse than Covid health disaster in South Asia.

This will neither surprise nor startle anyone and if it does, it would surprise and startle us – Pakistan is home to some of the most polluted cities in the world (Al Jazeera). Yes in the world, not in South Asia, not in Asia but the whole world with Lahore mostly getting “the cherry on the cake”.

What are we staring at?

If you think it’s just the cough or seasonal flu-like symptoms which will go away with time or with the use of home remedies and antibiotics, think again. Air pollution, particularly smog, can kill you.

Globally, air pollution kills about 7 million annually which breaks down to about 800 dead people every hour. 600,000 kids under the age of 15 die due to respiratory tract infections.

Amnesty International (AI) in 2019, reported that as far back as 2015, 22% deaths in Pakistan were caused by pollution. It is worth reminding ourselves that back in 2015, the majority of people had not even heard the word “smog”. Air pollution in general and smog in particular have only increased manifold since.

So, if you think smog causes irritable throat which goes away with time and itchy eyes which can be washed with water, think again because no amount of home remedies and antibiotics can cure respiratory diseases like:

In addition to affecting lung development, smog affects the heart too. People who are at a higher risk of breathing in polluted air over a long period of time are more likely to suffer from:

As mentioned above, smog doesn’t spare the kids either. Those affected by air pollution can develop:

Air pollution can lead to insulin resistance and occurrence of type 2 diabetes. According to the World Bank, Pakistan stands at no.7 on the list of countries with most diabetics. So, having a thick smog cover over ourselves for months isn’t helping.

SOLUTIONS: Is Air Purifier the Only Solution?

Let’s get one thing out of the way – an air purifier is not the only solution to all your smog related health problems. The Environmental Protection Agency (EPA) suggests the best way to breathe in clean air at home is by ventilating your home with cleaner outdoor air.

Easier for the Americans to say. In Pakistan, it means moving to Gilgit-Baltistan. Unless you are one of those lucky ones with the financial resources to move up north for good or for an extended period of time, buying an air purifier is your only best option.

Air purifiers have their limits. Some, if not all, can’t clean all the air that you breathe. They remove allergens in the air. But allergens that have already settled to the ground are beyond their reach.

Other air purifiers may actually do more harm than good. These are typically those with ionizing functions that produce ozone. Others can clean only a particular type of pollutants, etc. Furthermore, for their optimal benefit, they have to run round the clock, which obviously means a higher electricity bill.

Benefits of Getting an Air Purifier

Better breathing – Those with asthma and other respiratory issues should feel better when it comes to coughing and wheezing. However, this is only when they are using an air purifier with a HEPA filter.

Smokers – If you smoke or live with someone who does, using an air purifier should help. Tobacco smoke produces the smallest particles as compared to pollen and dust and only a HEPA filter can catch them.

Kids – A house full of kids usually requires cleaning on a regular basis. However, as mentioned earlier, not all dust and dirt particles can be seen and cleaned. Using an air purifier therefore helps.

Urban dwelling – If there’s construction going on around the house or you live on a busy road, dirt, dust, and smoke is bound to enter your home no matter what. You’ll be able to clean some of the particles, which are visible; for the rest, an air purifier would help.

How to Buy the Best Air Purifier: A 4-Point Checklist

If you are looking to buy an air purifier for your room, keep the following four points in your mind before getting one:

This is perhaps the most important. If you are getting an air purifier meant for a small room for an oversized room then no matter what its make and model, it is not going to work too well for you. So, measure your room before heading out to get an air purifier.  You can’t always rely on the salesman’s claims. Once you know the dimensions of your room, simply match them with what the manufacturer is claiming on the box. If the two match, you have narrowed down your search. But this is not it.

The air purifier in your room will obviously be there when you are sleeping or reading a book, etc. It goes without saying you’d need some peace of mind. What if you end up buying an air purifier that is noisy?

Once again, while buying an air purifier carefully read what’s written on its packaging – look for information on decibels. To help you decide – noise produced by a refrigerator is 50 decibels.

An air purifier is a machine that requires maintenance. So, when buying look for how often you’d have to clean or change its filter. This information should be available on the packaging. You can then calculate the maintenance cost.

Since air purifiers are running round the clock or at least for 6-8 hours while you sleep, you’d want them to be energy efficient. So, look for information on the packaging that says they are energy efficient. If a known third-party organization or association has put its stamp of approval on it, even better.

Now look for information whether the air purifier has been certified by particular associations. For example, in the US, there is the Association of Home Appliance Manufacturers (AHAM) which certifies air purifiers based on their cleaning air capabilities, etc.

The idea here is to look for an air purifier which has been certified by third-party organizations for its efficiency and safety, etc.

Which Air Purifier to Buy?

Now that you’ve shortlisted your air purifiers, look for those with high-efficiency particulate air (HEPA) filters.

There is a reason why the American Lung Association and the Environmental Protection Agency (EPA) recommends using those air purifiers that are HEPA filters installed.

HEPA filters trap minutest of particles – 0.3 microns and 99.97% of them. This means even those particles which a human eye cannot see.

So, once you’ve found an air purifier which uses HEPA filters, go for it.

You need an air purifier if you want to live long. This is especially true if you live in large urban areas like Lahore, Karachi, Faisalabad, Multan, Rawalpindi, etc. When buying one – look for the one with HEPA filters that is the best fit for your room.

Do you use an air purifier? Would you like to recommend it? 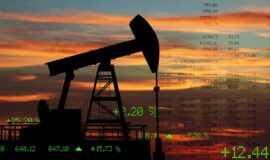 New Government and Expected Increase in Petroleum Prices in Pakistan 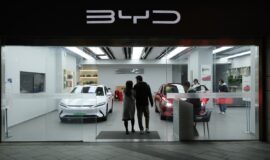 How are Chinese EVs taking over the competition? 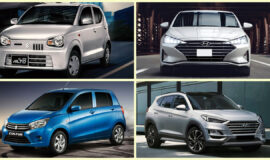 Why are oil prices so high and will they ever come down?

2022 begins on a high note for the auto industry 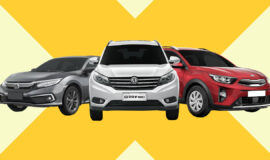 Will SUVs take over sedans in Pakistan in 2022?