We may not have the answer of “which came first the chicken or the egg” but we can tell which hen is best for laying eggs and which is not. Many people who want to start a small business under 50,000 in Pakistan or just want to get eggs from homegrown chickens, look for the best egg-laying hens in Pakistan.

Australorp hens are considered among the best egg layers. Their popularity is growing rapidly in Pakistan. Australorp is an Australian chicken breed which has dark black color with green shades. It mostly lays light brown eggs. Generally, it lays 250 eggs on average per year. An Australorp hen laid a record 364 eggs in one year (365 days).

Rhode Island Red, commonly known as the RIR chicken in Pakistan is among the best egg-laying hens. It starts laying sooner than many other breeds. RIR is Dark brown hen breed. It is considered a dual purpose hen breed, meaning it can be raised for eggs as well as meat production.

Lohmann Brown is a highly popular breed in Pakistan (may not by name but by physical appearance). Its annual egg production is better than many on this list. The origin of this best egg layer hen is Germany. These chickens are generally friendly and can be raised easily along with other animals. They are brown in color but with dual shades (darker from the neck and gradually becomes lighter towards the tail). It is also known as the Golden Misri hen in Pakistan.

Isa Brown chicken is known for its high egg production. It also has a dual shade brown color (light brown body and darker neck). This name might not be popular in the country but you can see this hen everywhere with desi, golden and many other names. Just like Lohmann Brown, Isa Brown is also called Golden Misri in Pakistan.

Sussex Chicken are also quite impressive egg layers. They have different colors (red, white, brown, buff, silver, etc.) depending on their sub-breed. Sussex Chicken has British origin. They are generally calm and easy to grow. Its egg has a cream color.

There are many white egg-laying hens available in Pakistan. Most of them have the same physical characteristics but differ in egg production and bird’s weight. Let’s see some of the most popular white egg layers.

Just like Lohmann White, this breed also has a plain white color with a red crown. The difference is, this breed can start laying eggs before the Lohman. Egg production is almost the same. The average max weight of an egg layer is also the same as Lohmann White.

The Shaver White chicken breed is a hybrid which was developed by Dr Shaver. It is among the best egg-laying chicken breeds in Pakistan because of its egg production. Its crown is dropped as compared to the straight crowns of other chickens.

Many of you may not know about Babcock BV-300 but it is globally recognized as one of the best egg-laying hens. Its annual egg production can go over 300 after it starts laying. It is remarkable as it is a little smaller in size and less weight than others in this list.

No matter if you want to buy egg-laying hens for business or your house, this list contains most of them. We have added some of the best egg-laying hens in Pakistan that can be raised commercially or at home. Both, white and brown egg layers are listed for your convenience. 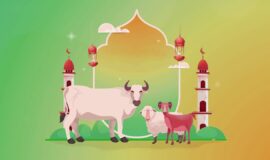 Why is It the Right Time to Buy Animals for Sacrifice (Qurbani Ke Janwar)?

How to Sell Pets on OLX? A Small Business Idea in Pakistan

Why Now Is the Best Time to Start Trading of Sacrificial Animals (Qurbani Ke Janwar) on OLX Pakistan?