Finally, the government has abandoned its proposal of banning the import of Complete Built-up Units (CBUs) vehicles in Pakistan.

The government has instead decided to impose a 50% of regulatory duty for a limited time, on imports of vehicles including electric vehicles, normal gasoline ones and hybrid ones.

It’s a step forward to contain and slice down the widening import bill.

This proposal will likely offend the auto dealers, and import and export agents, as one of their most profitable income streams will go down big time because of the proposal.

Plus, the super-rich class of Pakistan will also feel a push back from buying ultra-expensive and luxury imported cars.

In this post, we’ll shed some light over the latest happening.

How the increase in import duty of cars will affect auto dealership industry, import agents and the affluent class in Pakistan.

Why is the government not banning CBU imports anymore?

A prominent official at the Ministry of Industries and Production said, “Under the WTO regime, the country cannot ban imports.

However, it can increase the tariffs on imports to reduce the import bill, so we have decided to increase the tariff on import of vehicles in the country, So much so, the increase in Federal Excise Duty (FED) up to 10% from the current 5% on vehicles being manufactured locally has also been proposed.

Under the latest proposal, the government intends to impose a 50% regulatory duty on importing electric vehicles with over 50 KWH battery packs.

The ministry of Industries and Production has stood by the increase of the regulatory duty on the electric vehicles.

It justifies that by saying that the decrease in the custom duties (CD) on the imports of CBU Electric Vehicles from 25% to 10%, on the other side, has increased the country’s current account deficit.

Besides electric vehicles, the ministry has also proposed to raise the regulatory duty on the import of 1501cc to 1800cc hybrid vehicles (CBUs) as well, from 15% to 50% to reduce the current account deficit.

A 50% increase in the regulatory duty is also proposed on the import of gasoline CBU cars for the same goal as that of other types of cars.

To manage the current account deficit, the ministry has also put forward the increase in federal excise duty from 5% to 10% on the locally manufactured cars and SUVs from 1501 cc engine displacement and above.

Though, the increase in the FED will be levied for a limited time.

Opposing the proposals by the ministry, officials who helped bring massive foreign investment in the automobile sector believe that the proposed raise in FED to 10% will irrevocably damage the growth of the industry.

They say that last year, the production of the cars remained at 96,000 units because of the Covid-19 pandemic.

And this year, when the auto manufacturers doubled the production between 250,000 units and 275,000 units, the industries and production ministry is trying to impose such a higher increase in the tariffs of the cars that will devastate the whole auto industry and its sales.

It’ll wreck the industry in a way that will make it quite hard for the government to uplift the industry again.

There are pros and cons behind every decision. Same is the case with the issue of increase in the duty on the cars.

Some may agree with the government’s stance to raise the duty for a limited time till the country is struggling with a serious current account deficit. While others will oppose it for their own reasons.

Whatever the case may be, one thing is for sure – prices of cars are going to go up even more.

Which side of the divide do you support? Please comment below now. 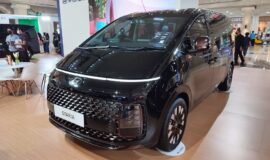 Hyundai STARIA in Pakistan. Here is everything about it.