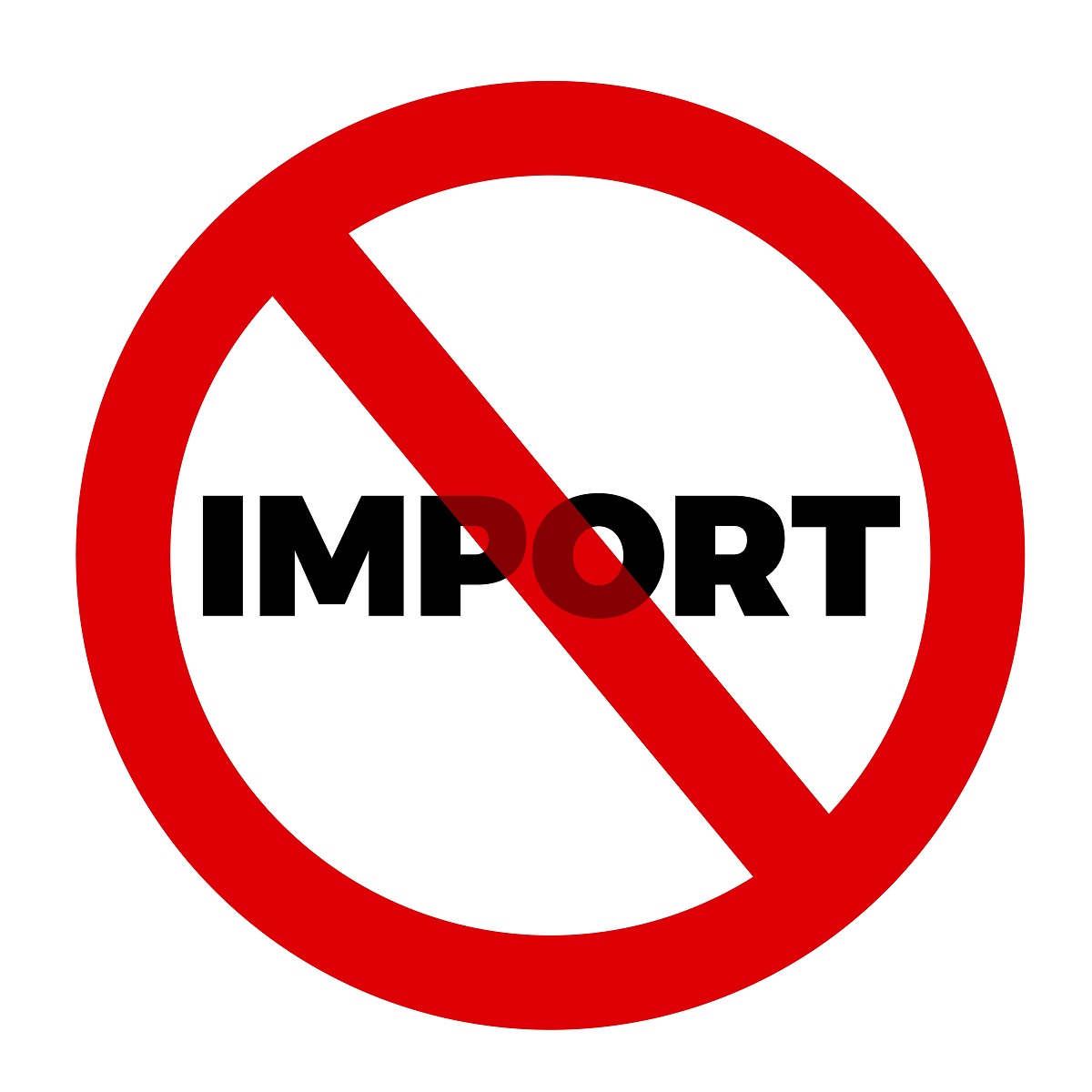 Staring at default of payment and buckling under the pressure thereof, the new government is doing what almost every government under similar circumstances has done – resort to quick fixes and populist policies.

With Rupee depreciating against the US Dollar on a daily basis, the government has decided to ban a certain number of “luxury items” to narrow the Current Account Deficit (CAD). This ban is subject to approval from the IMF and WTO.

What is Being Banned?

Here is the list of imported items banned under the emergency economic plan by the Government of Pakistan:

Following electronics are banned from import in Pakistan, Namely:

Following eatables are banned from import in Pakistan, namely:

Household and Personal use

Below mentioned imported household and personal use items are banned in Pakistan, namely:

Other banned imported items include the following:

Many of these imported items on the list are frequently imported and used in Pakistan. According to the Information Minister of Pakistan, the ban on importing these items will help the economy by $6 Billion.

No. And the reason is simple: Pakistan DOES NOT import luxury cars and mobile phones in very large numbers.

To keep things in perspective, let’s look at the numbers as numbers don’t lie:

Do you know what we import the most?

It’s not the “luxury items” but rather everyday essentials like:

Even otherwise, banning these items doesn’t make sense because they are already heavily taxed and the government earns revenue off them.

Future of Subsidized Goods in Pakistan

The Pakistani economy is highly subsidized, and the Government of Pakistan is paying billions monthly to keep the prices of daily commodities within an average man’s reach. A simple example is the fuel price in Pakistan. According to the Oil & Gas Regulatory Authority (OGRA), the government is paying or subsidizing Rs.37.91 and Rs.78.55 per litre for petrol and diesel, respectively.

The government of Pakistan is not in a state to bear the soaring financial burden, which also contributes to the already struggling economy with inflation.

To increase the government’s revenue, the Federal Board of Revenue (FBR) has proposed to increase the duties on the following items. Here are the highlights,

Current Account Deficit means the difference in the balance of payments between the import bill and export bill of a country. If a country’s exports are more than its imports, the CAD is positive, and it’s a healthy economy. Unfortunately for Pakistan, the import bill is much higher than the export bill creating a negative CAD.

The gap in the import and export bill is still substantial, and with the depleting reserves of Pakistan, it’s essential to reduce the balance further.

What do you make of this latest government policy? Do you think banning “luxury items” is the answer?